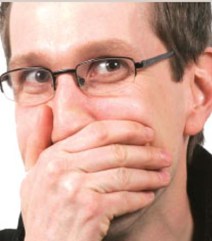 Mark is an experienced Writer, Producer, and Content Strategist. A recognized expert in the fields of convergent media and digital broadcasting, his awesome cross-media superpowers are driven by a belief that good storytelling conquers all. His most fervent desire is to invent the perfect storytelling format for digital media: the interactive equivalent of what the novel is to print, or what the one-hour drama is to television.

But he would settle for mastering how to make a really good butter tart.

A compulsive consumer of culture and media, Mark is a skilled communicator, influential team leader, and an accomplished writer/producer with eighteen years of experience conceptualizing, planning, and creating story-driven interactive media experiences that engage audiences and enhance brands.

His career has focused on the rise of digital media and its impact on broadcasting. For many years, this meant creating immersive entertainment experiences across multiple media platforms in association with entertainment brands, but with the transition into digital broadcast formats, this has come to mean so much more.

Early in his digital media career, he was the lead creative developer and architect of the Gemini award-winning website for the television series Degrassi: The Next Generation, one of the first social networking sites in the world. Its features and approach anticipated by several years the rise of entities like MySpace and Facebook, proving the truth of the adage that timing is, in fact, everything.

Since then, Mark gained a vast amount of experience, knowledge, and insight into the evolution of digital media and audience behaviour in the contemporary media world. In the process, he helped some of Canada’s best producers and broadcasters develop award-winning cross-media TV projects, including leading dozens of projects to successfully receive funding through the Bell Fund and CMF. With a deep expertise in all aspects of television and digital media, he’s as adept at writing TV concepts, bibles, and scripts as he is at writing funding proposals, designing games, architecting websites, and creating media integration plans.

In addition to being a freelance consultant, Mark was the Director of Interactive and Technology for The Madcap Learning Adventure, leading a team of some Canada’s top interactive technicians in the creation of deeply engaging digital experiences designed to entertain and elucidate the minds of young people.

He is an alumnus of the National Screen Institute’s Totally Television program, recipient of the Telefilm Canada Content Creator Fellowship, and is in demand as a guest lecturer or panelist to entities like the Banff World Television Festival and the Canadian Film Centre’s Media Lab.  He sits on the advisory board for Algonquin College’s Scriptwriting program.

He does not have a Facebook page, but you can find him on LinkedIn, or contact him here.