How about another story? 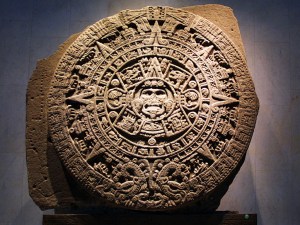 It features a wonderful protagonist: me. Well, an alternate version of me if I was sort of like Indiana Jones, only cooler. Way cooler. He saves the world a lot.

This alternate Mark Hand features in a number of stories, including an unfinished opus novel that takes a short novel I wrote for the 3 Day Novel Writing Contest (called “The Crack of Venus: The Utterly True Story of how Galileo Galilei Saved the World in the Year 1633”) and layers it as the background for me saving the world. Again.

The world does seem to be in jeopardy rather often in my stories. Hmmm.

Anyway, read Mexico, 2012, the story of how I discovered why the Mayan calendar ended in 2012. It features exotic locations, cools cars, cultists, ancient artifacts, divine cappuccino, a bag of mushrooms, a Lovecraftian monster, and an end of the world party that very nearly was.